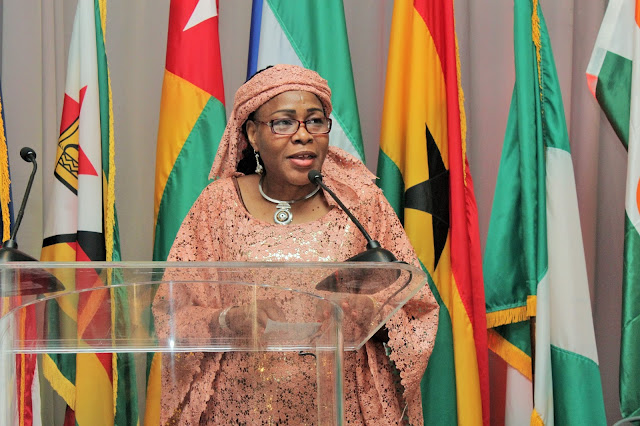 Join us for a conversation with Her Excellency Hassana Alidou, Nigerien Ambassador to the United States to discuss issues of gender and education in Niger and its results on the economic welfare of the country and its neighbors in the region. The event will be moderated by Meredith Segal (MPA '17), co-founder of African Development University.

Hassana Alidou is Ambassador of the Republic of Niger to the United States, a post she has held since 2015. She holds a PhD from the University of Illinois, where she was a Thomas Jefferson Fellow. Prior to her ambassadorship, Ambassador Alidou served as a professor of Education and Cross-cultural Studies at the Graduate School of Education at Alliant International University in San Diego. At Alliant International University, she focused on language policy in education and development, development of multilingual literate environments, women studies and peace education.  Ambassador Alidou has worked extensively in more than 30 African countries providing technical guidance on this specialization to national governments and international organizations, including UNESCO and the World Bank.

Ambassador Alidou also serves on the International Board of Advisors of the African Development University (A.D.U.), a new university of excellence in Niger that was founded in October 2017 by a team of HKS alumni, led by co-founders Kader Kaneye and Meredith Segal, 2017 MC-MPA graduates.